In accordance with the Standing Rules of the MUME Consortium (Article 13), the Scientific and Educational Advisory Council is the consultative and advisory body of the Consortium and is made up of a maximum of 22 people of renowned professional prestige in the activities that are the object of the Exile Memorial Museum.

The functions of the Scientific and Educational Advisory Council are the following:

1. Proposing updating of activities of the museum projects and the interpretation centres.

2. Proposing the historiographic content of the activities as well as the general scientific and educational axes.

4. Proposing relations with the scientific and educational community to guarantee the quality of the activities.

5. Reporting on the educational adaptation of the contents.

6. Fostering discursive renewal and reflection on the themes of the Exile Memorial Museum.

7. Fostering, if necessary, the signing of cooperation agreements with other public and private bodies.

8. Issuing the other reports that the Board of Directors or the President require.

9. Helping the government and administrative departments of the body as required.

Members of the Scientific and Educational Advisory Council of MUME:

Eduard Carbonell (museologist, member of the Institute of Cultural Heritage and professor at the University of Girona)

Anna Maria Garcia (Emeritus Professor at the University of Girona)

Salomó Marquès (Emeritus Professor at the University of Girona)

Òscar Jané (doctorate in history, professor at the Autonomous University of Barcelona (UAB)

Miquel Serrano Jiménez (Historian and curator of the MUME, with secretarial functions) 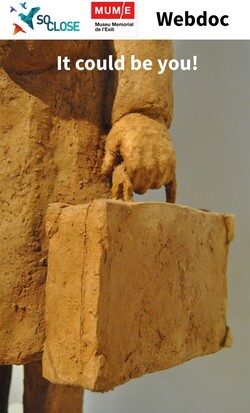